Your health is your most important asset. You should entrust it only to the best professionals.

All team members at Medical Center have been trained thoroughly to assist in any situation.

Your treatment plan is designed for steady progress, with every phase promptly implemented.

It is my great honor & pleasure to invite you to participate in the CME & CPD accredited 11th World Nursing, Healthcare Management, and Patient Safety Conference during November 15-17, 2022, Conference Venue: The Best Western, San Francisco, CA, USA. CME & CPD accredited 11th World Nursing, Healthcare, and Patient Safety Conference assembles all together domain researchers, experts, Professors, scientists, industry representatives, postdoctoral fellows, and students from around the world, providing them with the opportunity to report, share, and discuss scientific questions, achievements, & challenges in this field.

Focused on the care of individuals, families, and communities

A discipline that emphasizes safety in health care through the prevention

Focuses on the scientific process of preventing infectious diseases

Patient Education: The process of influencing patient behavior and producing the changes in knowledge

The field of science and engineering that aims at developing methods

Developments and complex, that lead to improvements in health outcomes

The use of information and communications technologies in medicine

Author of the Chicken Soup for the Nurse’s Soul series and Hall of Fame speaker LeAnn Thieman was “accidentally” included in the Vietnam Orphan Airlift in 1975. By sharing the lessons she learned from that risky journey, she demonstrates that healthcare providers who are strong in body, mind, and spirit provide better patient care, which leads to higher results, satisfaction ratings, and reimbursements. Her research-based SelfCare for HealthCare approach increases morale and morale while decreasing turnover and burnout.

Are you interested to attend in person in San Francisco or online mode, the CME & CPD accredited 11th World Nursing, Healthcare Management and Patient Safety on November 15-17, 2022, Conference Venue: The Best Western, San Francisco, CA, USA, and getting 3 days of Certification? Note: you will be receiving complete 3 days Certifications and access to all the live presentations and publications. Please feel free to share the link with any colleagues who may also be interested. If you can’t make it on the day, register anyway and we’ll send you the recording afterward with the certification. It would be great if you could join us! Please feel free to share this invitation with any colleagues who may also be interested.

Audience/who should attend/ who you can network with;

All registered abstracts will be published on the website.

Just 1.5 miles from San Francisco International Airport.
Conference & Hotel venues Amenities (If you register by selecting package A/B/C/D you will be getting all the services as complimentary)

Things to Do in San Francisco, California, USA 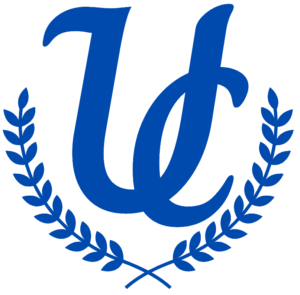 Unified Citation Journals empowers and publishes scientific research work. We will be including special issues and symposia papers in related journals from all over the world. Apart from publishing, we also promote upcoming books covering different fields of science, medicine, engineering, technology, etc. Unified Citation Journals help Authors, Publishers, and Distributors, in growing their business multifold.

Call for Abstracts/Registration is Now Open!

The call for Abstracts is now open for the 11th World Nursing, Healthcare Management and Patient Safety, Conference Venue: The Best Western, San Francisco, CA, USA, November 15-17, 2022, with the motto “NHPSUCG: Connecting Leaders in Healthcare Transformation and Bringing Learning Life, Together Towards Building Quality for a Safer Healthcare”

The presenting speaker/author must register and pay the registration fee (please note that registration is required in order to be included in the final program, to have the abstract published in the online “Book/proceedings” of Nursing Conferences, Healthcare Meetings and Patient Safety Congress, and to be invited to submit an abstract for publication in the official Proceedings.

To submit your abstract/research paper for an oral or poster or young research presenter contribution to Nursing Conferences, Healthcare Meetings and Patient Safety Congress, please fill your details in the abstract submission form. Once you submit your details, you can upload your abstract (format allowed: .doc / .docx / .pdf). The author account is must needed for communication purposes. Abstracts can be submitted by email. Speakers/Presenters can submit a maximum of three abstracts. All abstracts must be submitted in English. Please do not submit too many copies of the same abstract. All abstracts will be forwarded to the Scientific and Program Committee member for the review process. Once accepted, you will receive a confirmation email from our side.

The 11th World Nursing, Healthcare Management and Patient Safety on November 15-17, 2022 | San Francisco, USA provides a great platform for more than 70+ international and regional Speakers and our experts will deliver innovative speeches. cutting-edge talks, electrifying lectures, interactive sessions on emerging research, and live demonstrations. The UCG decided to provide a masterclass on the second day that will engage the delegates and keep them experiencing ideas throughout the conference day with interactive real patient case presentations, discussions, and debates by our multidisciplinary team of Nursing, Healthcare Management & Patient Safety experts. In parallel, the full-day Nursing Conferences, Healthcare Meetings and Patient Safety Congress program also consists of Young Research Talent sessions and Workshops. UCG planning Nursing Conferences, Healthcare Meetings and Patient Safety Congress of 3 days, with more than 300+ delegates to will have participate and explore the brilliant scientific program and strolled throughout the conference accompanied medical exhibition.

UCG would like to extend the invitation and registration open for all. Looking forward to seeing you.

UCG invites you to submit a ‘Presentation’ for the 11th World Nursing, Healthcare Management and Patient Safety on November15-17, 2022 | San Francisco, USA. To submit a presentation, please go through the instructions below.

We offer a POSTER option for you if you have resea

A meeting where speakers from different parts of t

#Callforregistration Take advantage of the opportu

UCG is always on the lookout for talented presente

The process of giving people more power over their

REGISTRATION FOR #EXHIBITORS AND #SPONSORS IS NOW

We are happy to announce that on November 15–17,

This is the time of yours. Hurry up and register t

#Callforpapers To assist clients in swiftly and ef

This is the time of yours. Hurry up and register t

Seize your spot for the 11th World Nursing, Health

#Callforexhibitorandsponsor Now is the time to exh

SPEAKER ANNOUNCEMENT: We are happy to announce tha